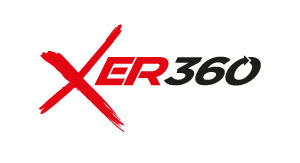 Mark Minichiello is a professional rugby league player who has competed at an elite level for over 19 years, both in Australia and the UK. After a successful junior career – which started at the age of six – Mark developed a passion for the game and went on to debut in 2002 for the Sydney Roosters at 20 years of age. The tough and powerful backrower went on to play for four years at the South Sydney Rabbitohs. He then played for the Gold Coast Titans for eight years, where he continues to hold the record for most games played for the club.

Longevity in such a ruthless sport doesn’t come without dedication, determination and hard work. With the physical and mental demands of professional sport, Mark soon realised that the key to longevity lies in preparing and strengthening the body through prehabilitation techniques, stretching, good nutrition and breathing exercises.

Mark firmly believes that discipline in all these areas have kept injuries away and allowed him to play consistently year after year.

Career experience – combined with ongoing access to top medical and sports professionals – has given Mark knowledge and insight into the makeup and function of the body.

Mark has increasingly relied on functional training over the past 19 years in order to maintain and keep his body at peak performance and meet the demands of rugby league.

Since his retirement in 2019, Mark has continued his studies at the CHECK INSTITUTE and is now qualified as a CHECK Trained Professional – Level One. He is now a Corrective Holistic Exercise & Lifestyle Coach which incorporates Holistic Lifestyle Coaching & Integrated Movement Sciences.

His passion is extended through Xer360, which aims to offer you the best in functional sporting and rehabilitation products.

Functional training is experiencing a resurgence, and is now at the forefront of the fitness and physical rehabilitation industries.

The ideology behind functional training is to strengthen and activate multiple muscle groups at the same time, using a series of movement patterns to enhance the relationship between the nervous and musculoskeletal systems.

Our goal at Xer360 is to bring you the best quality functional training and rehabilitation equipment so that you can be one step closer to achieving YOUR health and fitness goals.